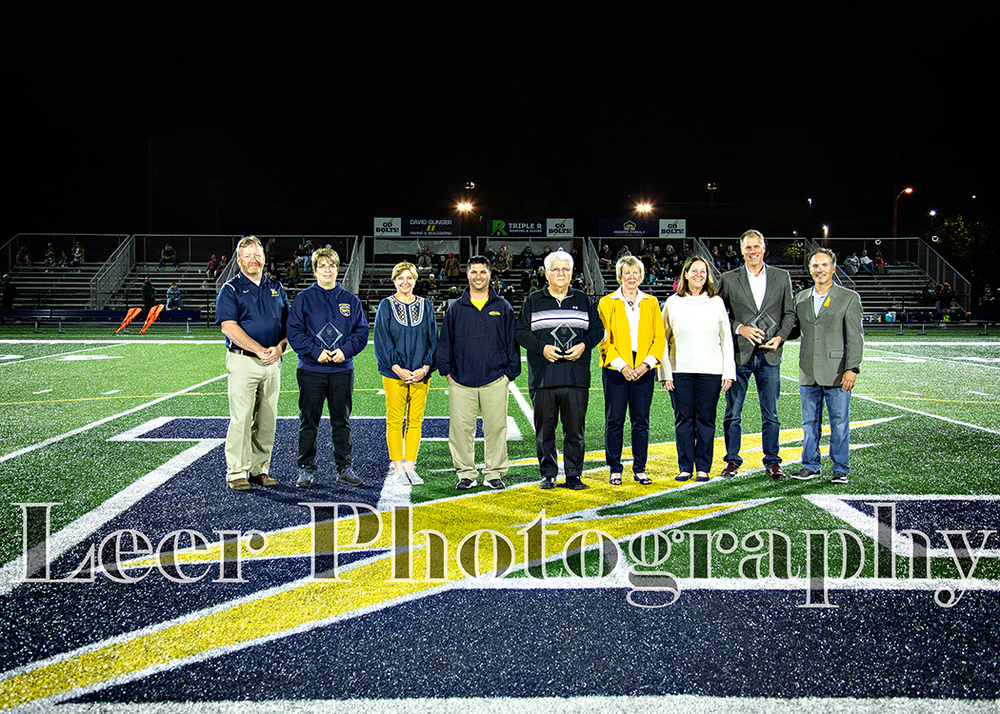 Congratulations to our 1st Hall of Honor Inductees!

Sharon Hedges is a 1982 graduate of LHS.   Sharon’s family includes her parents Ron and Aline Hedges, brother Dan Hedges and wife Sue, sister Carol and husband Karl Garman, and many nieces and nephews.  In High School Sharon was an Accompanist for Concert choir, Swing choir, freshman chorus, and  participated in Marching/concert band, jazz band, and was the pianist in all musicals. She also played Softball, basketball, and tennis.  She was in the Varsity Club and won the Arion Award.  After High School, Sharon went on to be part of the Air Force and earned a Master of Arts Degree in Homeland Security (American Military University), Bachelor of Music (Towson University), Bachelor of Arts in Management (University System of New Hampshire), and an Associate Degree in Administrative Management (Community College of the Air Force).  During her time in the Air Force she was deployed in support of military missions in Afghanistan, Iraq, Bosnia, and Kosovo, Currently she is a Retired Colonel from the US Air Force  after 31 years of service and continues to be active within the LASD community.  We thank Sharon for her service to our country and our community.

Kay Crouse Sentz was a 1947 graduate of LHS.   Her husband was Harold Sentz,  she had a son Scott, and a brother Brother Billy Crouse. In high school she took part in athletics and received a college scholarship to East Stroudsburg where she  graduated with the class of 1951.  Kay was inducted into the East Stroudsburg College Hall of Fame for basketball and  Field Hockey, and was one of the top female athletes in the  40's and 50''s.  She taught health and physical education at LHS for 35 years. During the 60’s before Title IX , she was instrumental in getting high school sports for females.  Field Hockey, basketball and volleyball  were played within the league because of her influence in the county.  Kay was a trend setter in a time when females had to fight for a place in athletics.   Her passion for healthy living and athletics  continued after she retired as she participated in the Senior Games.  In 1993 she won Bronze in Javelin and gold in basketball at the  Baton Rouge Louisiana Senior Games. In 2000, she took part in the US National Senior Sport Classic in San Antonio and won gold in basketball and as an award she got to play against the Harlem Globetrotters.  Kay was inducted into the  Adams County Hall of Fame for field hockey coaching in  2002, received the Bolt Booster club Distinguished Service award, and  the Littlestown Living Legacy Award in  2016.  Kay passed away on November 3, 2020 at the age of 91.  Kay lived life as she believed.

Chad Smith is a 1990 graduate of Littlestown High School.  He is the son of Robert and Patricia Smith, and has a sister Kerri Speck and a brother Craig Smith.  In high school Chad was involved in music, athletics, theatre, student government, and the yearbook.  He was valedictorian of his class, attended the Governor's School for the Arts, participated in all-state chorus, and was in varsity club. After high school he attended Tufts University and earned a BA in European History,  the New England Conservatory of Music, for BM Vocal Performance, and the  New England Conservatory of Music, MM Opera Performance. He received Cum Laude and Magna Cum Laude Degrees from Tufts University and the  New England Conservatory. While at the New England Conservatory  he was a Fellow at the Tanglewood Music Center and an Apprentice at the Central City Opera Company. Upon graduation he  worked at the New York Philharmonic and the  New World Symphony. Currently Chad is the CEO of the Los Angeles Philharmonic Association.  He serves as a Trustee at the New England Conservatory of Music, is on the Executive Board of the Avery Fisher Prize, served on the Advisory Board of the  Music Academy of the West, was a Guest Presenter at the Royal Palace Amsterdam, named Music America's 2016 Innovator and has had profiles in the New York Times, LA Times, and the New Yorker.  Chad's vision and drive will enhance and support music for generations to come.